The Pakistani "hyper-entrepreneur" who started 10 companies in Sweden

Meet Naimul Abd, the self-titled "hyper-entrepreneur" who has gone into hyperdrive since moving to Sweden, learning to speak the language fluently and starting 10 companies in just four years. Naimul spoke about the different types of companies he has opened. 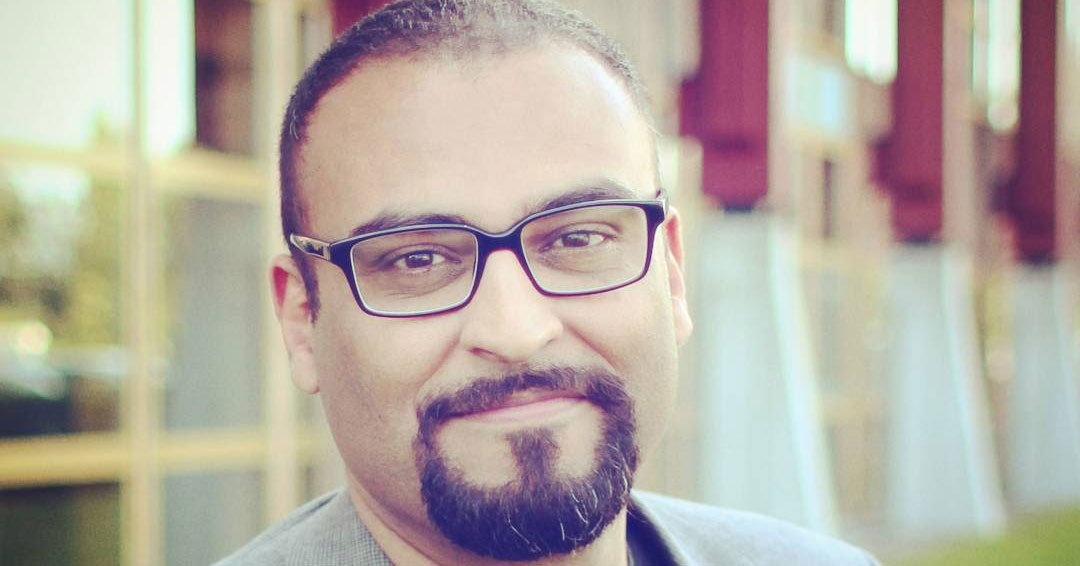 After completing his master’s degree in business administration and jumping straight from school into various high-paced director-level roles, Naimul was left with no choice but to uproot his life.

“I moved to Sweden with my family in 2014 because we had a situation in Pakistan where we could not stay there any longer,” he says.

“I was lucky to have that job because it made it so much easier for me in terms of knowing the challenges that are relevant to entrepreneurs in the Swedish context,” he says.

Although he was well-placed within the business community due to this position, Naimul attributes much of his success to serendipitous meetings. He fondly recalls how in his first few months in Sweden, before becoming confident with the language, he confused the time of an event and ended up in conversation with a Swedish family.

“I relay that story at entrepreneurship forums and say how important it is for you to talk to people, because when we met that family we created our first set of friends in Sweden. That was our first network and from there I met my co-founder,” he says.

Choosing the right type of company

There are many different types of company structures to choose from when it comes to starting a business in Sweden; these include, limited companies (aktiebolag - commonly referred to as AB), sole traders (enskild firma), trading partnerships (handelsbolag), limited partnerships (kommanditbolag) and economic associations (ekonomisk förening).

Naimul’s first company, Globalities AB was launched in 2015 and the founders soon noticed it had become a breeding ground for interesting projects and ideas.

“My partner in Globalities was an established entrepreneur and he advised it would be best to start a limited company because it’s most suitable if you want a scalable business that creates brands and consulting organisations and does interesting digital products,” he recounts.

Today, Globalities AB functions as a holding company which currently holds stakes in six limited liability companies and three cooperatives, directly or through portfolio companies. Globalities AB also recently made an exit from their first venture.

Some of the ventures that Naimul is currently involved in include social impact projects such as an innovative platform for brands, a mobile app for university students, a music tech integration tool for youth and a social networking platform for as Naimul puts it, “connecting geeks”.

“We are also involved in setting up a growth lab: a network of entrepreneurs, professionals and consulting organisations to help large organisations; public entities like municipalities and authorities, and innovation ecosystems in cities to overcome inertia,” he says.

Drawing from his experience, the serial startup founder offers some pearls of wisdom to other entrepreneurial hopefuls.

“Sweden is an entrepreneurship hub. The government has made it very easy to start a company, compared to the process in Pakistan. It’s much, much easier to start in Sweden if you’re willing to read up and prepare yourself once you’ve decided to start,” he says.

Additional to word of mouth from trusted mentors and advisors, there were various online resources which proved integral to Naimul’s understanding of the business landscape in Sweden.

“I read through verksamt.se which is a brilliant site. I would say that if somebody would just spend one week going through verksamt.se, 80 percent of the questions about starting a company, running it and closing it down are answered there,” he recalls.

Most importantly, no entrepreneur is an island. According to Naimul, the best thing to do is get out and meet people and start building connections.

“See which events are happening and just show up. It’s much better than not doing anything. Just to go and meet people. Go to business events. This year I took three of my startups to Sweden Demo Day. It’s a great way to network. You can end up finding investors, other entrepreneurs and advisors and resources or co-founders who can help you drive your idea forward,” he says.

Naimul has a strong message for the naysayers.

“People think what I am doing is impossible. The real fun is in doing the impossible. Possible is so boring!”